SlotZ Racer 2 is Strange Flavour’s long-awaited sequel to their Number One slot car racing game hit SlotZ Racer. As well as boasting 25 different cars and bikes and a whopping 31 tracks, SlotZ Racer 2 also has a built in track editor so that players can create their own tracks, share them with friends and race around them with custom tuned and painted cars.

Aaron Fothergill , Managing Director and Lead Coder, said “SlotZ Racer has always had a great fanbase and we’ve been wanting to give them a new version for a couple of years. SlotZ Race 2 was the obvious game to write to launch Strange Flavour’s new venture into self publishing.”

SlotZ Racer 2 has been completely re-written by Strange Flavour (creators of Flick Fishing, SlotZ Racer, Warpack: Grunts) and is released under their own label as a free game. Fans of the original can upgrade and play the new version whilst new players can jump in straight away and get racing!

For those racers that want to maximise their thumb-controlled horsepower, SlotZ Racer 2 has two different car packs available for in-game purchase. The Racer Pack comprises a set of cars that includes vintage racers, a hot rod and even a flying car! The Caterham Pack includes the full set of Caterham Cars’ ultralight sports cars from the simple, but fast, Roadsport, to the amazing SP/300.R track car and even the latest R600 Ultralight sports car.

Both of these packs unlock SlotZ Racer 2’s built in Car Editor and Pro Tune features so that players can customise all of their cars with new paint schemes and upgraded components, as well as unlocking the full SlotZ Track Server so that they can browse and download all the tracks that have been shared, including hundreds that have already been designed

Players with the original SlotZ Racer on their iOS device get a special bonus! If SlotZ Racer 2 detects the original version of the game, among other things,  a unique car is unlocked, just for being brilliant 🙂

SlotZ Racer 2 will be available in the iTunes App Store on Thursday 31st January 2013.

Strange Flavour are Aaron and Adam Fothergill, two brothers who have been writing video games since the early 1980s. While working with publishers Freeverse, Strange Flavour wrote various hit games, including Airburst and the Apple Design Award winning ToySight for the Mac and Flick Fishing, SlotZ Racer and Grunts for iOS. 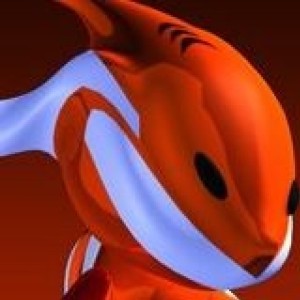