Nine years ago next month, Adam and I started work on our second iOS game while waiting for our first “The Plank” to finish testing and be approved for the App Store.

Back then, Flick Fishing started pretty simple. For its release version in November 2008, it had six locations and just the basic tournaments. The Old Man in the Lighthouse wasn’t even on the map with his quest, the named fish had yet to be named and of course it was a huge hit, being the second app to hit a million sales, just an hour behind Flight Control.

I’ve recounted the story of how we worked on and updated Flick Fishing over the years, the 2000+ *years* of game time that was logged by players and how we were unable to do anything but watch as it was left unattended and eventually removed from the App Store in my blog on the Strange Flavour website, with the name itself locked away under someone else’s trademark.

But we weren’t done with the game. We’d worked on updates that weren’t able to be released and we saw the Flick Fishing fanbase asking for more. Our fabulous publishing partners Freeverse had unfortunately been consumed and lost to the App Store too and we switched to self publishing.

Eventually, we plucked up the courage to take a fresh look at Flick Fishing. We knew it would be a long term project (while Flick Fishing’s basic concept, which ‘inspired’ how pretty much every popular fishing game on mobile worked was there in V1.0, a lot of its features were developed over 5 years of updates). Rather than just do the new game the same as Flick Fishing, we thought it would be a great idea to combine it with an Outrun style time challenge so you had to catch fish within a time limit to progress. Voila! Fast Fishing was born in 2015.

Ok, so we found out that Flick Fishing still had a big fanbase. We also found out they didn’t want us mucking about with the basic game idea and ability to just fish 😉 So Fast Fishing got quietly put back in the cupboard and we got down to seriously working on a proper Flick Fishing 2, even if we knew we couldn’t call it that. Later in 2015, Fish! was one of the first games released for Apple’s new AppleTV App Store and the success of that version helped us fund the eventual release on iOS in March 2016.  Fish! has steadily grown as the old fanbase has stumbled across it on the App Store (unfortunately the short name and the weird way search works on the App Store makes it very difficult to stumble across!). It got a couple of updates last year but we’ve had to take a lot of time away to work on other projects and contract work to pay the bills. There was a lot of stuff we wanted to do with Fish! though, some familiar to Flick Fishing fans and some new.

So here we are. It’s 9 years since Adam and I started on Flick Fishing and we’re just putting the last touches to a massive update to Fish! A lot of it has been driven by feedback from our players over the last year and we’ve got more planned. For this version (1.2) though, here’s what we’ve got coming once it’s all tested and approved…

The game’s UI and a lot of the underlying structure has been completely re-written. We’ve kept the original Flick Fishing game code of course, but the way the UI was written made it difficult for us to update, add new fish, locations etc. and made it tricky to keep the iOS and AppleTV versions in sync. The new setup should make it easier to do more regular future updates and hey, maybe even a Mac version? 😉

New Network multiplayer. I’ve rewritten the entire network game. Again, more towards reliability and making it more practical for it to work cross platform with Apple TV (or Mac).

Collections! A popular feature of the original game, the 4 junk items from the first release were expanded to a whole sea of random junk that you could collect in sets to cash in for various upgrades. In Fish!, the collections can be traded in for all sorts of upgrades and extra game modes.

A Fish Guide! The Flick Fishing Megaguide was a very popular IAP item when it was introduced and gave players a heads up on where to catch all the fish. The Fish Guide starts simple, with suggestions of 3 different fish you can catch in each spot but can be upgraded by collecting sets of treasure items to full details of all fish, what bait, what cast distance and even a Fish Computer that shows what fish you’re likely to hook when you cast.

Xtreme and Night Mode fishing spots. Unlocked via the collections, these modes give you a whole new spin on the various fishing spots (as well as potential for bigger fish).

New Fish. Only a couple for this update, but many more coming.

Definitely more Cobia! For some reason, the Cobia were set to being extremely rare and hard to catch. They’ve been tempted back with more cake for this version.

There’s also a ton of fixes and tweaks under the hood and there’s more coming.

Next up, I’ve got to apply all this and update the Apple TV version to match before we can start on the next update and focus on more content.

So, if you’re a long term Flick Fishing fan or a recent Fish! player, please tell all your friends and get them playing (if you’re playing multiplayer, their catches count towards the quest if you’re playing it 😉 ) as we need you all if we’re going to be able to carry on updating and adding to the game. Also, most importantly, thanks for playing!

If you’ve not got Fish! yet, download it from the App Store here! 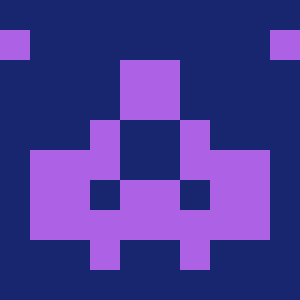