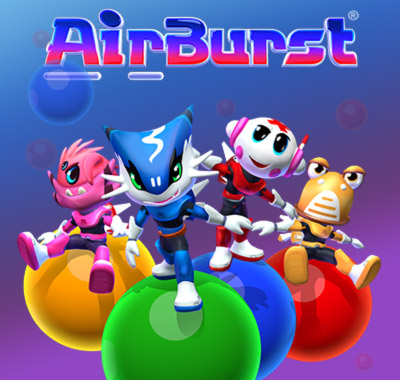 Strange Flavour’s classic Mac hit AirBurst is finally on iOS and it’s coming to your real world in AR!

AiRburst is a brand new version of our classic game for iOS 12 and lets you play 1-4 players over WiFi in AR!

We’re starting with the primary 4 player characters, BCM, Flux, Maya and Moon and the normal Arcade game mode (with the Extreme powers from Airburst Extreme). Future updates, depending on sales, will add in the extra characters from AirBurst Extreme as well as the ones from the un-released XBox 360 version along with more game modes.

We’re borrowing a trick from RocketCat Games and releasing AirBurst at $0.99 and then increasing the price by $1 each major update. We’re also continuing with our policy of not messing about and doing sales on our titles, so the earlier you buy AirBurst, the cheaper it’ll be!
(and yes, there’s going to be a Mac and Apple TV version too!)